The VGA port on your computer is an ANALOG RGB output.

The HDMI IN port on your Philips TV is a DIGITAL input.

Simply connecting a cable from the VGA port of your PC to the HDMI port of the TV will result in NO PICTURE.

1. You could buy a VGA + Audio to HDMI converter like the one shown below to make this connection: 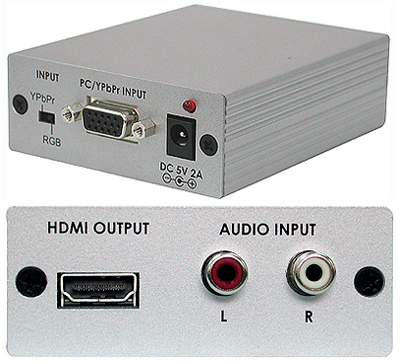 2. If you have a Tower/Desktop PC, you could buy and install a new graphics card in your PC with an HDMI OUT since it costs almost the same as the "VGA + Audio to HDMI converter"

Other Computer to TV connection methods:

If the PC has a DVI output (digital only): Use a DVI to HDMI cable (you will need to make a separate audio connection).

If the TV has a VGA input: You could use HDMI - > HDMI if the PC has HDMI out or VGA -> VGA with a separate audio connection.

Was this document helpful?